We’re thrilled to announce the final line-up for the Big Comedy Gala, in aid of Macmillan Cancer Support, with George Wendt kicking off the show this coming Monday evening by introducing our fabulous host, Roy Walker.

Wendt, who played Norm in Cheers and who is also known for appearances in The Simpsons and Family Guy, is in Edinburgh for Re-Animator The Musical at Assembly George Square this August.

Those of you who joined us last August at for the inaugural Big Comedy Gala  – also at Venue150@EICC – will be pleased to hear that we raised £18,433, all of which went directly to Macmillan Cancer Support. This year our goal is to raise £20,000.

Please share this message with your friends, family and on social media! 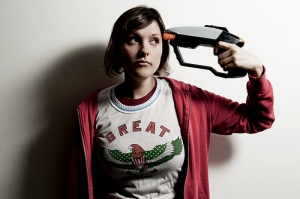 We’re excited to the point of leakage to announce today that the writer of teen TV sensation Skins, Josie Long, will be joining the line-up at the 2012 Big Comedy Gala!

Long has been a Fringe favourite since winning the Comedy Award for Best Newcomer in 2006 and has since enjoyed a fruitful relationship with the Beeb, appearing on BBC2 show The Bubble, hosting BBC6’s Saturday Morning show with Andrew Collins, and giving a memorable guest appearance on Never Mind the Buzzcocks.

At the age of 17, she won the BBC New Comedy Award and is known to many from her appearances on Channel Four’s 8 out of 10 Cats. As well as writing for Skins, Josie appeared in Series 1 and 2 as the careers advisor. 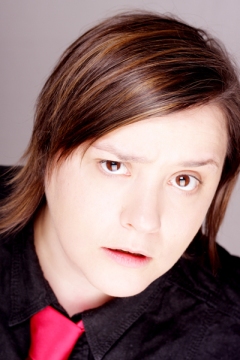 Susan Calman, the star of Rab C Nesbitt, BBC Three’s Dead Boss, Have I Got News For You, and Channel 4’s Ugly Kid, as well as being a regular on Radio 4 (The News Quiz, The Unbelievable Truth, Vote Now) and Radio Scotland (Funny Friends), today announces she’s joining the all-star line-up at the 2012 Big Comedy Gala in aid of Macmillan Cancer Support.

From Glasgow, Calman gave up a lucrative career in corporate law to become a comedian and has proved herself one of the fastest rising stars in comedy. She reached the semi-finals of the BBC New Comedy Awards and So You Think You’re Funny in 2005, she was also a finalist in Funny Women in 2006.

The feisty Glaswegian went on to become resident compere at Glasgow’s famous comedy club, The Stand, and has been awarded Best New Comedian at the Scottish Variety Awards as well as a Scottish BAFTA.